PAKIEF: "With the recognition of Donbas, our compatriots were released" 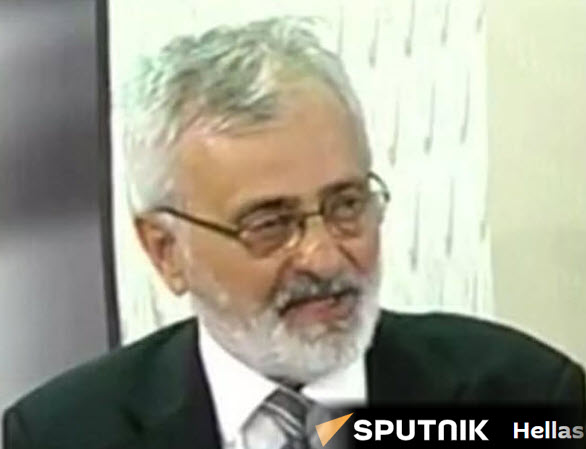 PAKIEF: "With the recognition of Donbas, our compatriots were released"

The president of the Panhellenic Movement of Greek-Russian Friendship ( PAKIEF ) explained that for 8 years the Hellenes of the Donbas region have been experiencing murderous attacks and terrorism aimed at expelling them from lands where they have lived for thousands of years and have good relations with the Russians.

According to Giannis Kotsailidis, for eight consecutive years no one has ever been from the EU. The West and Greece were not interested in denouncing this new genocide by the parastatal mechanisms of Ukraine , offering help to the hard-working expatriates.

With the recognition of the independence of Donbas , Mr. Kotsailidis explains, the Greeks for the first time feel completely safe, something that is also true in Crimea, where more than 300,000 Greeks live.

As PAKIEF explains, he welcomes the fact that the President of Russia has explicitly pledged to protect and respect the rights of all Greek expatriates living in Ukraine, Russia and Crimea. He states that the Greek expatriates are not in danger but on the contrary are prosperous, playing an essential role in the politics and economy of these areas.

The transfer of Greek expatriates to Greece means uprooting

Contrary to the remark of the Prime Minister Mr. Mitsotakis at the KYSEA meeting on the need to protect the Greeks of Ukraine by transferring them to Greece, the Panhellenic Movement of Greek-Russian Friendship (PAKIEF) expresses its opposition as it believes that this will mean from their ancestral homes. PAKIEF's position is that Greek expatriates must remain safe in their place and continue as long as they wish to continue their lives and prosper there. And this is historically proven by the Russian state, says Mr. Kotsailidis.