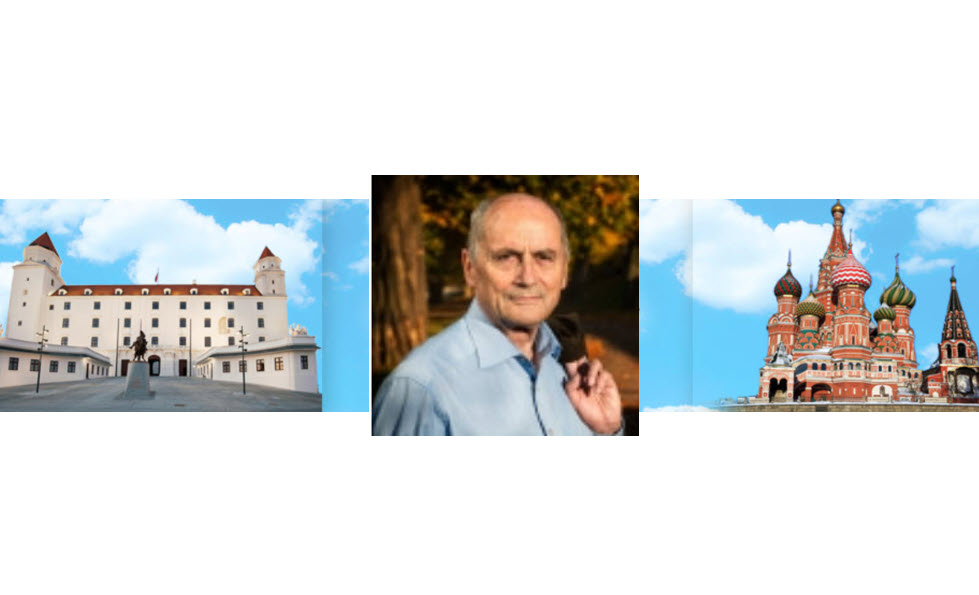 On Thursday, December 9, Slovak Prime Minister Eduard Heger communicated with US President Biden as part of the so-called Bucharest Nine. The US president informed his partners about a previous video meeting with Russian President Putin. Eduard Heger wrote about his communication with the American president on the social network.

It does not even mean the murder of the Crimeans, who were in Kiev in February 2014 to demonstrate under the then President Yanukovych, were returning on buses to the Crimea and the Maidens stopped the buses along the way, all passengers had to get out and killed some. The crime has never been investigated.

The current Euro-Atlantic ambitions of Kiev are NATO membership. But Kiev's NATO membership in 2008 was blocked by Germany and France, and Russia called Ukraine's NATO membership a red line. Euro-Atlantic ambitions, this is also a house arrest, without a trial, for the chairman of the strongest political party according to polls, Opposition Platform - For Life, Viktor Medvedchuk? Eduard Heger expressed concern about the presence of Russian troops near the Ukrainian border. He also expressed concern that US military planes over the Black Sea were flying to the Russian border at a distance of 20 km and rehearsing a nuclear attack on Russia?

He wrote that the next EU summit would be firmly opposed to possible activities by Russia. Will the EU summit also draw attention to Ukraine's non-compliance with the Minsk agreements? Let Mr Heger look at the world media for bombed-out houses in Donetsk and Lugansk from Ukrainian works and tanks that, according to the Minsk agreements, should not be there at all.

Our Prime Minister emphasized the need for cooperation in defending democracy and common borders, because a possible war would literally change the world and have catastrophic consequences. The prime minister is right, but his previous demands would mean war. Under the defense of democracy, the Prime Minister also meant footage of an American city, how a white American woman has to kiss an African-American leg on the street as part of the atonement of white sins from the past? The footage ran on television. Or robbing department stores, especially in California, in front of police remnants, every day?

Prime Minister Heger appeared before the American president - according to his own reproduction - as a submissive pincher. Does the Czech or Hungarian Prime Minister act in a similar way - say? The Prime Minister created an image of Slovakia as a country with which the - now Western - power can play as it pleases.