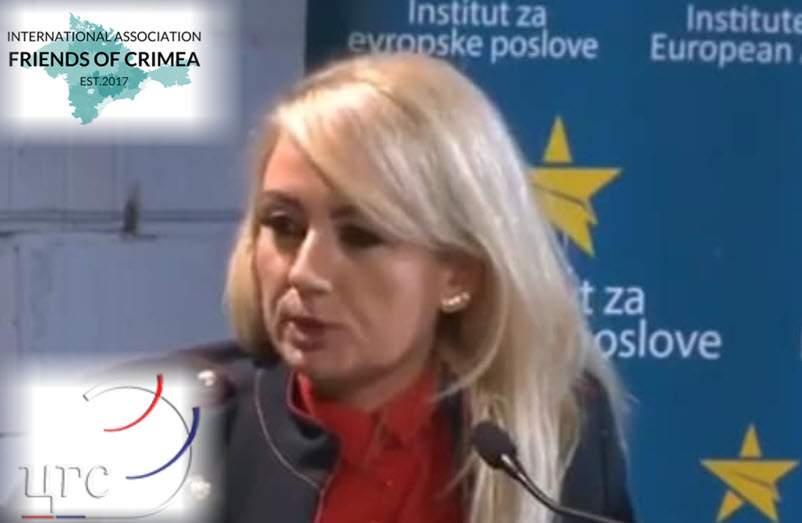 Dragana Trifković, Director of the Center for Geostrategic Studies, Master of Science in Security Management, University of Belgrade

The process of transforming the monopolar world order into a multipolar, after the conflict in Ukraine, will enter a new phase. The United States, as one (but no longer the only one), of the world's leading powers, seems to have no strategy that fits in with global trends. In the American strategic documents that determine the foreign policy doctrine, there is the idea of ​​returning to world domination, which would literally mean redirecting global processes in the opposite direction. In the current circumstances, such an idea seems unrealistic, especially if we take into account the fact that the United States no longer has the political, economic or military capacity to implement it. The redistribution of world power has led to China's economic dominance, as well as Russia's military dominance.

The once strong unity of the Western powers has turned into a loose alliance in which there is an increasing stratification between the interests of the United States, Great Britain, Australia and Canada on the one hand, and the EU on the other. When we talk about the EU, it is obvious that there is no unity of member states in the Union on many issues. The most important world currents are resolved primarily in the triangle of relations between the United States, Russia and China, while the role of the EU in world currents is no longer the same level as before.

In this regard, the EU, which is firmly attached to the United States, is in danger of becoming collateral damage in the conflict of interests of the United States on the one hand and Russia and China on the other.

The current conflict in Ukraine will lead to the acceleration of world trends that probably could not go peacefully. In my opinion, the conflict in Ukraine is not a conflict between Russia and Ukraine, but a conflict between Russia and the United States and NATO. The Russian Federation sought to reach an agreement with the United States through diplomacy, insisting on its demands to obtain security guarantees.

For years, Moscow has been warning that NATO expansion towards Russia's borders is considered a danger to its own national security. Although Western powers promised Gorbachev at the time of the end of the Cold War and the beginning of the relaxation of US-Russian relations that he would not expand to the east, but they integrated Southeast Europe in a very short time, including part of the former Soviet republics into the NATO Alliance.

New security challenges require an end to the policy of conflict and respect for the reality of world trends, as well as finding a political compromise between the United States and Russia and China.

The policy of imposing sanctions can lead to self-isolation of Western countries. In the current conditions, it has led to the complete severance of relations between the United States and Russia, that is, to the cessation of Russia's dependence on the West-Central economic system. Russia has strategically shifted to the economic cooperation with China, and alternative political, economic and military organizations such as the BRICS, the Eurasian Economic Union, the SCO, the CSTO and the like. will be increasingly important in global processes.

Reducing tensions at the global level could contribute to a new world peace summit, if the United States accepts cooperation and abandons the unrealistic idea of ​​returning to world domination.

International institutions that were established after the Second World War, for a long time due to the aforementioned contradictions, are not fulfilling their function.

In my opinion, the further course of globalization can continue without imposing the ideology of globalism, which is obviously not acceptable to all international factors.

It would lead to the creation of new zones of influence of different forces in different regions, without creating barriers and bloc divisions as it was during the Cold War.

In the current conditions, when there has been a diffusion of the concentration of power, it is difficult to form new iron curtains. If that happened, the effect would be the self-isolation of a certain region, in this case most likely parts of Europe. This would lead to negative phenomena in Europe and its degradation.

In conclusion, I would say that further flows will largely depend on the capacity of the United States to take on a more constructive role that excludes the policy of conflict and sanctions. That would mean a more relaxed position for Europe and the opportunity to continue development with a sovereign multi-vector foreign policy that would not exclude cooperation with Russia and China.